Limassol is a metropolis with a population of over 250,000, located on the southern coast of the island of Cyprus.

Limassol, or in Greek Lemesos, is a metropolis with a population of more than 250,000 people, located on the southern coast of the island of Cyprus. It is the second city in the Republic not only in terms of its size, but also in importance for the country's domestic and foreign policy. There are various offices and representative offices of international companies, as well as the largest seaport.

The city arose between the two large ancient cities Amathus and Kourion, presumably in the second millennium BC. e. The first found burials on its territory belong to this period. Initially, Limassol did not have such a strong influence on the life of the island and was perceived by the Byzantines as another new settlement, so they simply called it Neapolis (from Greek - “new city”). Now, only colorful ruins remain of the lush and once rich centers. Anyone can quickly reach them by car or local transport. The road will take you no more than an hour.

17 km from the border of the modern city, on a low hill, there are the columns of the ancient Sanctuary of Apollo of Khalatsky. Excavations, which began at the end of the 19th century, are still ongoing here. In addition to the central temple, other buildings were also found by archaeologists: baths, rooms for sacrifices and special places for rest. Thanks to the well-preserved stone walls, the romantic spirit of the ancient era is felt especially strongly in this place.

The symbol of Limassol's prosperity is the medieval Kolossi Castle. The once majestic complex of walls and towers, from which only this castle has survived, was built in the 13th century. It is located 14 km west of the city. You can get inside by breaking the drawbridge over the moat, which is classic for such buildings. A three-storey observation tower 25 m high offers a beautiful view from the castle to the surroundings. In addition to the ruins of defensive fortifications, you can find nearby what remains of the once existing sugar factory.

The castle, associated with the name of the great king of England, Richard the Lionheart, belongs to the Medieval era. It was built at the beginning of the 12th century and is located in the historical center of modern Limassol. It is believed that in the chapel located on the territory of the castle (unfortunately, it has not survived to our times), the ruler married his beloved Berengaria of Navar, immediately he declared her the English queen. In honor of this couple, the modern street on which the castle stands - Richard and Berengaria Street was named. Currently, the castle houses the Museum of the Middle Ages, which presents wonderful exhibitions of weapons and various historical artifacts.

Among the religious attractions of Limassol, the Orthodox Cathedral of Agia Napa can be distinguished, which houses the great Christian shrines - the miraculous icon and the belt of the Most Holy Theotokos.

Fans of contemporary fine arts should definitely visit the city art gallery. It houses over 600 works by Cypriot artists, as well as permanent exhibitions of various foreign artists. 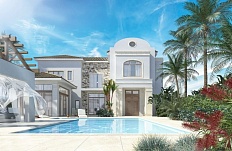